You will find the application forms for BIOFACH 2022 and updated information about the trade fair on our website, probably from May 2021.

We've been working in the prevention and wellness business since 1997 with brands Aloe-beta, Aloeplus and AloeVet.

We are specialized in research, manufacturing and production of products based on Aloe Arborescens, unique plant in natura, for its quality and quantity of active ingredients it contains.

For these qualities it's defined as the queen of phytotherapeutic plants, since inside Aloe's leaf are over 300 active ingredients that possess:

That which moved us towards studying and creating natural products, mainly based on Aloe Arborescens, is the awereness that nature is able to offer us better remedies and solution to keep and improve the skin and our organism's health.

Our objective is to propose products that give real benefits and that are different from those proposed in the current market. How?

We've chosen to use Aloe Arborescens coming from biological Italian plantations and not the more known Aloe Vera, since Aloe Arborescens, as demonstrated by various scientific studies and by the recent bibliography, has a far higher concentration of active ingredients and therefore better therapeutic activity compared to Aloe Vera.

2)Manufacturing method of the Aloe leaf

The liquid extract of BIO Aloe Arborescens is used as bade for creation of Aloe-beta dermofunctional cosmetics.

In 2006 we demonstrated the sinergic effect between Carrot and Aloe Arborescens, to the point of patenting the formula as  “A vegetable blend with therapeutic, energetic and cosmetic properties”.

In 2016 the “HDR® method” has evolved and has been used to create pure 100% BIO Aloe Arborescens capsules.

All the water from the Aloe Arborescens leaf is eliminated “cold”, the result of its manufacturing is a true concentrate of active ingredients with renown detoxifying, antibacterial, antiviral, anticancer and antioxidant properties.

This way we're guaranteed the same effectiveness of juice/fresh concoction and you can also enjoy a product that is:

We take care of all the necessary steps of studying, creating and distribution of our products: choice and manufacturing of raw materials, formulation and registration.

We select the best raw materials and the wrapping is made to allow the optimal preservation of the products.

We work every day by studying, making research, analysis and tes

Lenodol is a combination of the most powerful organic plant extracts that helps the body to relieve the annoying pain caused by musculoskeletal disorders, sprains, bad posture, back pain, excessive sports activity.

The convenient vegetable capsule allow you to take Aloe with ease even when you're outside.

All the benefits of Aloe Arborescens, aloe's species with the highest concentration of active ingredients, you can have always in your pocket.

You can always have available a true arsenal of useful, important and essential elements such as:

With a simple gesture and quickly you'll benefit of all these elements.

The capsules are ideal for:

By regularly taking the capsules of bio aloe arborescens you will have benefits to all of your organism:

The existence of mucopolysaccharides, very high in Aloe Arborescens, allows the development of:

Aloe Arborescens' particular composition, that possess high quantities of fibers, vitamins,  antioxidants, polyunsaturates and trace elements, is useful to prevent and improve the relationship between HDL cholesterol and LDL cholesterol, by opposing dangerous fat deposits in the arteries. The final effect is that of a purification with removal of toxins.

The renown and scientifically proven immunostimulant and immunoregulating properties of Aloe, due to the presence of active ingredients that strengthen the immune system, one above all is the acemannan.

Your immune system will be immediately stronger and able to defend you from external menaces.

Thanks to the germicide action of some anthraquinones, associated to the lenitive and healing one of mucopolysaccharides and vegetable sterols, Aloe is an effective remedy to allergic rhinitis.

It is also used to oppose the physical weakening due to chemotherapy.

Many scientific studies and researches were made by oncologists to prove the anticancer property of Aloe.

ADVANTAGES OF COLD DEHYDRATION OF ALOE WITH THE HDR® METHOD

Our innovative manufacturing method- HDR® method-  removes all the water from Aloe Arborescens' leaf. This way we can keep all the active ingredients, full of detoxifying, antibacterial, antiviral, anticancer, antioxidant and antinflammatory properties, guaranteeing the same effectiveness of the fresh product and a longer conservation without using preservatives and additives.

The HDR® Method  removes all the problems that are present in other conservation methods such as:

Sterilization (use of high temperatures) destroys a good portion of active ingredients.

Pasteurization (use of medium temperature) allows for limited conservation (a few days).

Low temperatures that block micro-organisms but then continue when they go back to room temperature.

The addition of natural preservatives alter the organoleptic and nutritional qualities of the product.

YOUR ALOE ALWAYS AT HAND

The only product in the world that allows you to take Aloe more effectively, in the simplest way.

Over 300 active ingredients, useful, important, essential for your health, always with you!

WHY CAPSULED ALOE?
To resolve 5 problems that ails those that utilize Aloe and until now had no resolutions:

The ORGANIC ALOE ARBORESCENS contained inside the capsules made with vegetable cellulose that
maintains the product protected from air and light.

Our exclusive and innovative method of cold processing allows us to keep intact all the active ingredients present inside the Aloe Arborescens leaf, guaranteeing the same efficacy of fresh concoction but with longer conservation without using preservatives or additives.
WE USE INNOVATION TO MAINTAIN TRADITION
100% practical 100% functional

Made for the health of you and your family, with ORGANIC ALOE ARBORESCENS capsules you’ll benefit from a 3 TIMES HIGHER concentration of active ingredients than any other Aloe Vera product.

It is an organic food supplement based on spirulina, black carrot and aloe arborescens. Its special formulation has a restorative action and is an important support for the body of anyone over 50 years.

In just 30 seconds a day you can enhance and improve your overall well-being.
You will regain the vigor of a twenty year old.

Thanks to the presence of:

Spirulina, which is the most precious source in the world of vegetable proteins, it is also rich in iron and calcium, which is why it is called super food. Provides a daily dose of strength and energy.

The very high protein content (65-70 grams per 100g of food, compared to 20-25g of a lean meat cut), the richness of vitamins, minerals, essential amino acids and other nutrients makes spirulina highly energizing and therefore particularly useful and nourishing not only for professional athletes, athletes and for those who lead an intensely dynamic life, but also for those who lead a sedentary life and need daily energy sources.

At the United Nations World Food Conference held in 1974, spirulina was called "the best food of the future" because of its high yields and high nutrient content.

Among the other important nutritional elements of spirulina, it is important to remember:

A trial reported in the journal "Hypertension" showed the ability of a molecule of spirulina (called SP6) to counteract arterial hypertension by dilating blood vessels.

Thanks to its rich protein content and the presence of phenylanine, reduces the sense of hunger.

Other studies have shown that daily consumption, along some weeks, reduces triglyceride levels. It is also able to increase the good cholesterol level(the HDL) decreasing instead the bad one (the much hated LDL)

For all these positive characteristics, spirulina has earned the nickname of "food of the future".

It seems that FAO is right to say that Spirulina is the food of the future! In this particular and tiny alga they are concentrated all the fundamental substances for the wellbeing and the health of man.

NASA, a global space agency, recommends it as one of the main foods during long-lasting space missions.


Black carrot, it is a concentrate of nourishment and is considered as one of the vegetables of the planet that have greater health benefits. The extracts of black carrot are in fact a powerful panacea to keep in shape your immune system, strong and young, contributing to general health, circulation, vision, the nervous system, the colon.

In India and China, countries where longevity seems more widespread, black carrots are quite used

Aloe has a thousand-year history, is considered a "natural healer" as it has played a role of primary importance in the pharmacology of many ancient civilizations, including Egyptians, Assyrians, Indians, Maya and Romans.

The Hindus even called it "the silent healer", while the ancient Chinese doctors considered it one of the most endowed plants of therapeutic properties and called it "harmonious remedy".

It has earned the title of queen of phytotherapeutic plants thanks to the presence of over 300 active ingredients from:

What makes Vitalit 50 + years old the ideal supplement for:

What does it mean?

That each of the beneficial substances (spirulina, black carrot, aloe arborescens) present in the Vitality 50+ years old allies with the other giving life to a final effect greater than what these components can do alone. 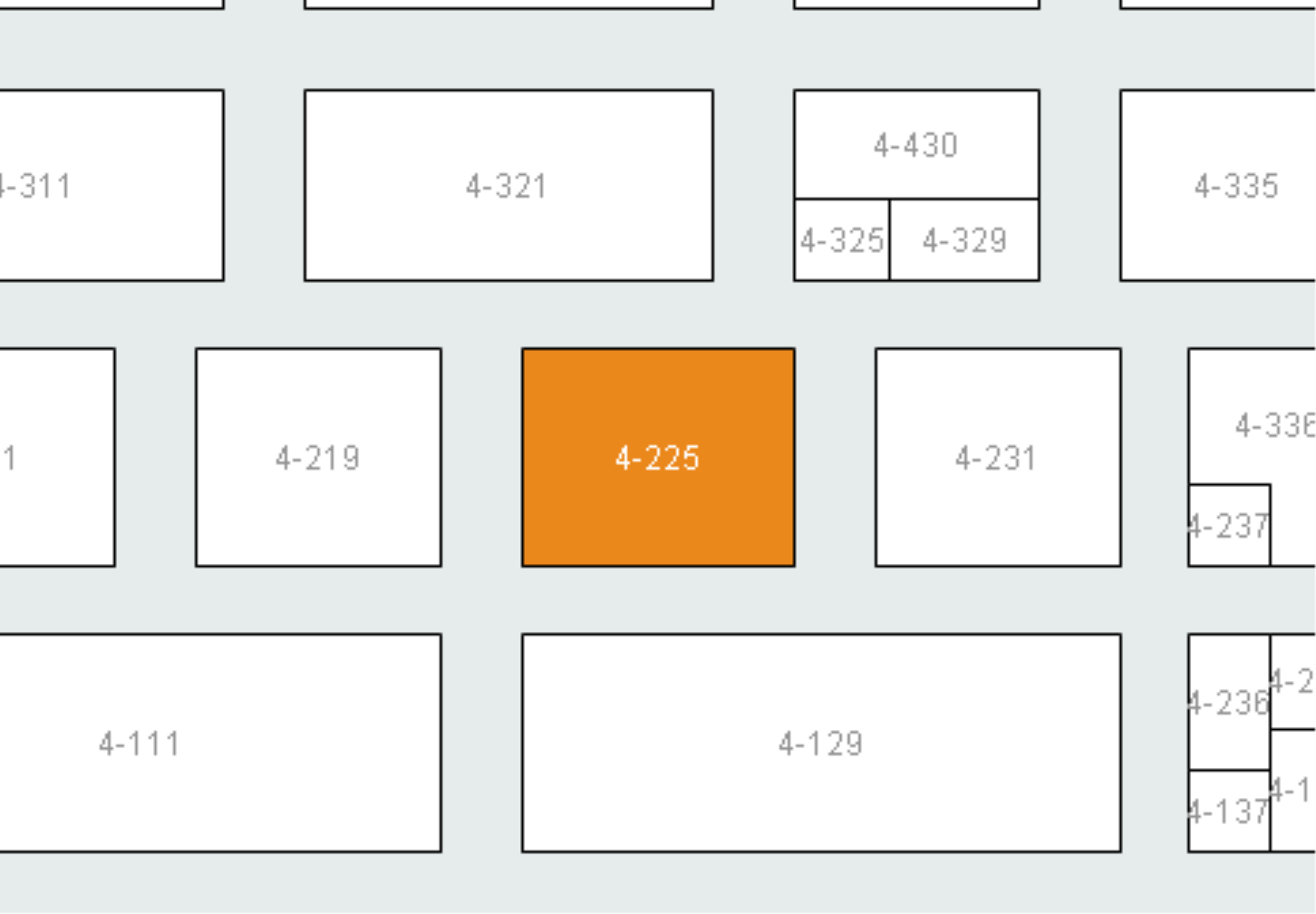 ALOE-BETA offers you products from these product groups: