The TAMIA Extra Virgin Olive Oils are made following the strictest criteria of quality, wholesomeness, sustainability and traceability which, in some ways, even exceed those imposed by the certification of which they are part: Organic Agriculture and Protected Denomination of Origin – DOP Tuscia.

In tasting them, you will discover unimaginable flavours and aromas, such as the pleasingly bitter and pungent notes given by the high concentration of polyphenols, powerful “life-lengthening” anti-oxidants and the aromatic notes, first and foremost of freshly mown grass, accompanied by artichoke, green tomato, mint, chicory, almond, basil or green apple, that alternate and change in intensity in relation to the cultivars with which the different varieties of oil are produced and the climatic trend of the seasons.

THE HEART OF THE MEDITERRANEAN BASIN, WHERE THE ETRUSCANS INTRODUCED AND SPREAD THE OLIVE-GROWING CULTURE IN ITALY

Our groves are situated in the heart of the area that belonged to the ancient Etruscan civilisation, Tuscia, in the middle of the Mediterranean basin. The more than 5,000 olive trees, some of which are more than a hundred years old, are positioned on soft hills at an altitude of approximately 280 metres above sea level, with an excellent south-western exposure. In the ancient world, the Etruscan Civilisation was one of the most evolved and mysterious ones, reaching extremely high social, civil, artistic, commercial and agricultural levels, to such an extent that their products were known and sought-after all through the Mediterranean basin. It was the Etruscans, moreover, who introduced and spread the olive-growing culture in Italy, with techniques that have been passed down to our times.

TUSCIA AND PROPENSITY OF THE AREA TO OLIVE GROWING

The Viterbian Tuscia still today offers uncontaminated landscapes, with mountains outlined in century-old beech, oak and chestnut trees, the beautiful volcanic lakes of Bolsena and Vico, hills rich in century-old olive and nut trees, waterways, the Maremma plains, a large number of thermal springs and its medieval villages. A land with a landscape rich in history and culture, a land that can be harsh, welcoming and fascinating at the same time. As well as in its history and culture, the wealth of this land lies in its fertile soil of volcanic origin which, by interacting with the climate, is enriched with unique mineral components that make it ideal for growing olive trees. This richness, combined with the knowledge passed down over thousands of years on growing and processing olives, gives the olive-oil made here unmistakeable organoleptic characteristics, a rich taste and a special uniqueness legitimated by the accreditation of Tuscia Protected Denomination of Origin –  TUSCIA D.O.P. –  by the European Union. 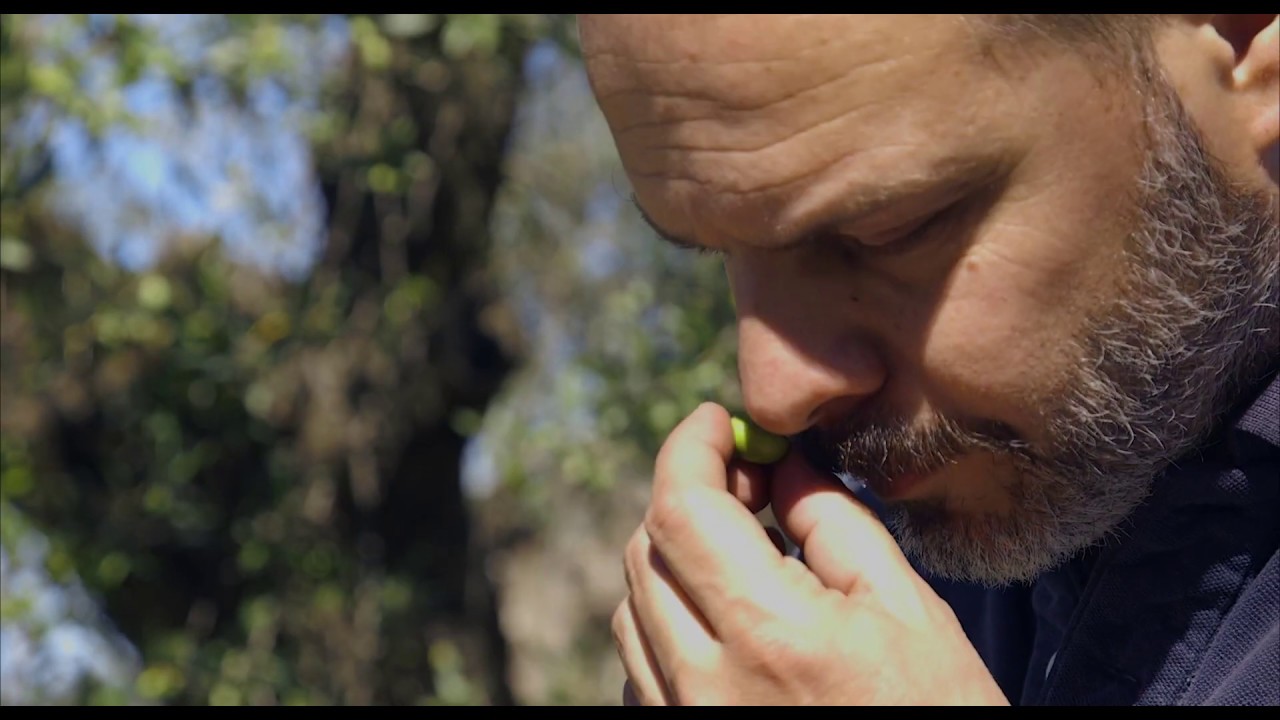 This embedded video is provided by YouTube. When the video plays, usage data is transmitted to YouTube. If you agree, click "Start Video" to play the video.

Materials and production 100% MADE IN ITALY

Materials and production 100% MADE IN ITALY

DESCRIPTION: Extracted from olives from the native cultivar of the Viterbo territory, Tamia Iron is the 100% Caninese Organic Extra Virgin Olive Oil that carries with it the tradition and aromas of Tuscia. Rich in polyhenols, powerful life-lengthening components that are valuable to our health, it is averagely fruity, with the typical taste of fresh olive and freshly-cut grass, with sensations of artichoke and green almond. It has harmonious and well-balanced pungent and bitter notes.

HEALTH FACTS: Tamia GOLD has 3 health claims on the label approved by the European Community:

Tamia Green was the first of our extra-virgin olive oils to be extracted 100% from Maurino cultivar olives in mid-October. Organic quality, early harvesting and an exclusive method of extraction give this Extra Virgin Olive Oil a high phenolic content that expresses itself in an intense fruity flavour with a decidedly grassy taste and marked harmoniously pungent and bitter notes.

HEALTH FACTS: Tamia MAURINO has 3 health claims on the label approved by the European Community: