You will find the application forms for BIOFACH 2022 and updated information about the trade fair on our website, probably from May / June 2021.

From Aleppo to Lyon area, once upon a time Najel...

As both a manufacturer and distributor, the company Najjar has specialized for over twenty years in organic cosmetic products made with olive oil and bay laurel oil. Under the brand name Najel, we offer beauty care for the whole body, including the famous Aleppo Soap, the ancestor of Marseille Soap. Although the genuine Aleppo soap is the showcase of the Najel know-how, since 2014, the company has developped a wide range of natural and organic cosmetics made in its own laboratory in Lyon.

Since 1895, the Al Najjar family has been making authentic Aleppo Soap using traditional knowledge passed down from generation to generation, at its soap factory in the city of Aleppo in the north of Syria. For the last 20 years, through the craftsmanship of the Al Najjar family master soap-makers, Najjar has brought you natural and organic cosmetics of the highest quality.

CREATION OF THE BRAND

Although Najel is today a brand renowned for the manufacture of authentic Aleppo soap and its organic body care range, distributed in nearly 30 countries, its Lyon founders are of a reserved and unassuming nature.
Nonetheless, their Franco-Syrian story is a true fairy tale that began more than 20 years ago when Catherine, a law student, and Manar, a young Syrian doctor, decided to get married. Najel, a contraction of their two surnames, is the first fruit of their love ...

MManar Najjar grew up in the family soap factory, discovering soap-making through his grandfather whom he can still see testing the formulation in cooking pots in the kitchen! But ultimately the young Syrian was destined to study medicine. He flew to France to specialize and it was in Lyon that he continued his studies, before practising near Grenoble. It was then that he met his future wife, Catherine.  Shortly before the wedding, his father-in-law visited Syria and was amazed to discover the manufacture and the properties of Aleppo Soap. He was enamored and convinced Manar to export this one-of-a-kind product that, at the time, was completely unknown in France. The first container arrived in France in 1996.

Twenty-two years later, they are now completely dedicated to this activity, employing about fifteen people in France and 80 in Syria during the production season and then about twenty the rest of the year and have extended their product range to include natural and organic cosmetic treatments for the face, body and hair.

So Manar and Catherine Najjar devoted themselves to the manufacture and export of this legendary green Aleppo gold from Villeurbanne, in the Lyon area. In Syria, it is Manar's brother Samer who supervises production, from the harvesting of the olives and bay laurel berries to the drying of the soaps, a process which takes 9 months, in the family soap factory located in the north of Aleppo. Since 2011, and despite the Syrian conflict, the family has been working to continue production. This continuity enables many Syrian families to work and to live.

Aleppo soap is a natural product, made exclusively from olive oil and bay laurel oil, which has been granted a Protected Geographical Indication in Syria.

In France: Najjar’s headquarters and laboratory for production and cosmetic packaging

In Syria: As the production of Aleppo Soap is seasonal, the soap factory employs 80 people during the production season from December to March and 20 to 25 people in the low season for logistics and packaging.

Our products are currently distributed in 27 countries around the world by our professional clients (specialist shops for organic, natural and artisanal products, pharmacies, drugstores). Our cares are available for sales on our commercial website for particular clients.

This timeline retraces Najjar’s history from its creation up to today. Take a look at its development and its ambitions.

1895 Start of practice as Master Soap Makers by the Al Najjar family; Aleppo Soap is begun to be manufactured by the great uncle of the current CEO.

1964 Invention of Aleppo Liquid Soap by the grandfather of Mr Manar Najjar, the current CEO.

APRIL 2000 The company develops and becomes a sole proprietorship under the name of Najjar.

2005 Cosmetics sales increase in France and abroad, and the company becomes Najel LLC. As it grows in size, the company invests in a second warehouse in order to store its products in a single location.

2008 First Ecological and Organic certification by Ecocert Greenlife for the production of Aleppo Soap.

2010 The company becomes SAS|Najjar with the appointment of a CEO (Manar Najjar). This new company status is in keeping with its expertise and development, and allows it to respond to market demand.

2011 Najel modernizes by changing its logo and packaging.

2014 Establishment of the Najjar Laboratory to produce cosmetics “Made in France”.

2018 Construction of new premises in Civrieux

The use of precious oils, with nourishing and soothing properties, makes this Aleppo Liquid
Soap a care treatment in the hygiene of all skin types.

This soap combines the Syrian know-how with the virtues of organic plant charcoal which has high adsorption qualities.

Discover genuine Aleppo Soap in liquid form. It is made from organic olive oil and bay laurel oil, ingredients of the genuine hard Aleppo Soap, so you will find all the same virtues as true Aleppo Soap.

The use of precious oils, with nourishing and soothing properties, makes this Aleppo Liquid Soap a care treatment in the hygiene of all skin types, especially dry and sensitive skin. It leaves skin soft and protected from irritation.

It is intended for daily use to wash hands, body and hair.

Good to know: Aleppo Soap is made exclusively from plant oils. It only lathers a little as no synthetic agent has been added by Najel. This is the same for shampoos. Under no circumstances does this mean they do not wash.

Aleppo soap is a natural soap, the ancestor of Marseille soap. Used since Antiquity for body care and for washing linen, it combines the beneficial effects of olive and bay laurel oils and is the best natural detergent to be found.

Najel offers an effective detergent for all temperatures, combining tradition and modernity.
This Aleppo soap-based detergent has been tested by an independent laboratory and shown to be ideal for all types of washing, white and colored. It will give complete satisfaction. This detergent gives excellent results on stubborn stains, even at low temperature. Try it and you’ll love it!

Although it is unscented, Najel Aleppo liquid detergent leaves a delicate scent of laurel on your linen.

The Najel moisture intensive cream is exclusively made to nourish and sooth the feeling of tightness on dry and sensitive skins. It is made from 3 organic butters with highly nourishing power: Shea, Olive and Apricot. This cream combines the nourishing power of these 3 organic butters with the soothing properties of the organic Bay Laurel oil to repair and intensely moisturize dry skins daily. The Najel moisture intensive cream softens and restores radiance to the skin whilst moisturizing it for at least 8h*.

After application, the skin is smooth to the touch thanks to the fine and light texture of the cream. Made in France within the Najjar laboratory, *it guarantees a long-lasting hydration of the upper layers of the epidermis.

Najel Rose Scented Body Lotion is a nourishing skin care product that moisturizes skin intensely. It is made with organic shea butter and organic sweet almond oil, ingredients known for their strong nourishing and repairing properties. They ensure the upper layers of the epidermis are well hydrated.
This body lotion has been proven effective: results of a moisturizing test carried out on a panel of 12 consumers showed a significant increase in cutaneous hydration in the upper layers of the epidermis of +27.7% when observed 4 hours after application and +27.8% after 8 hours.
Developed in the Najjar laboratory, this organic “Made in France” skin care product also contains organic virgin olive oil and organic bay laurel oil, the flagship ingredients of the Najel brand, which boast both antioxidant and soothing properties. This body lotion, with the soothing properties of organic Chamomile floral water, helps ease the feeling of irritated skin.
Delicately perfumed with a pleasant natural rose fragrance, this body lotion blends gentle ingredients with soothing properties to keep your skin moisturized.
With its light, fluid texture, it is easily absorbed, keeping skin nourished and protected. 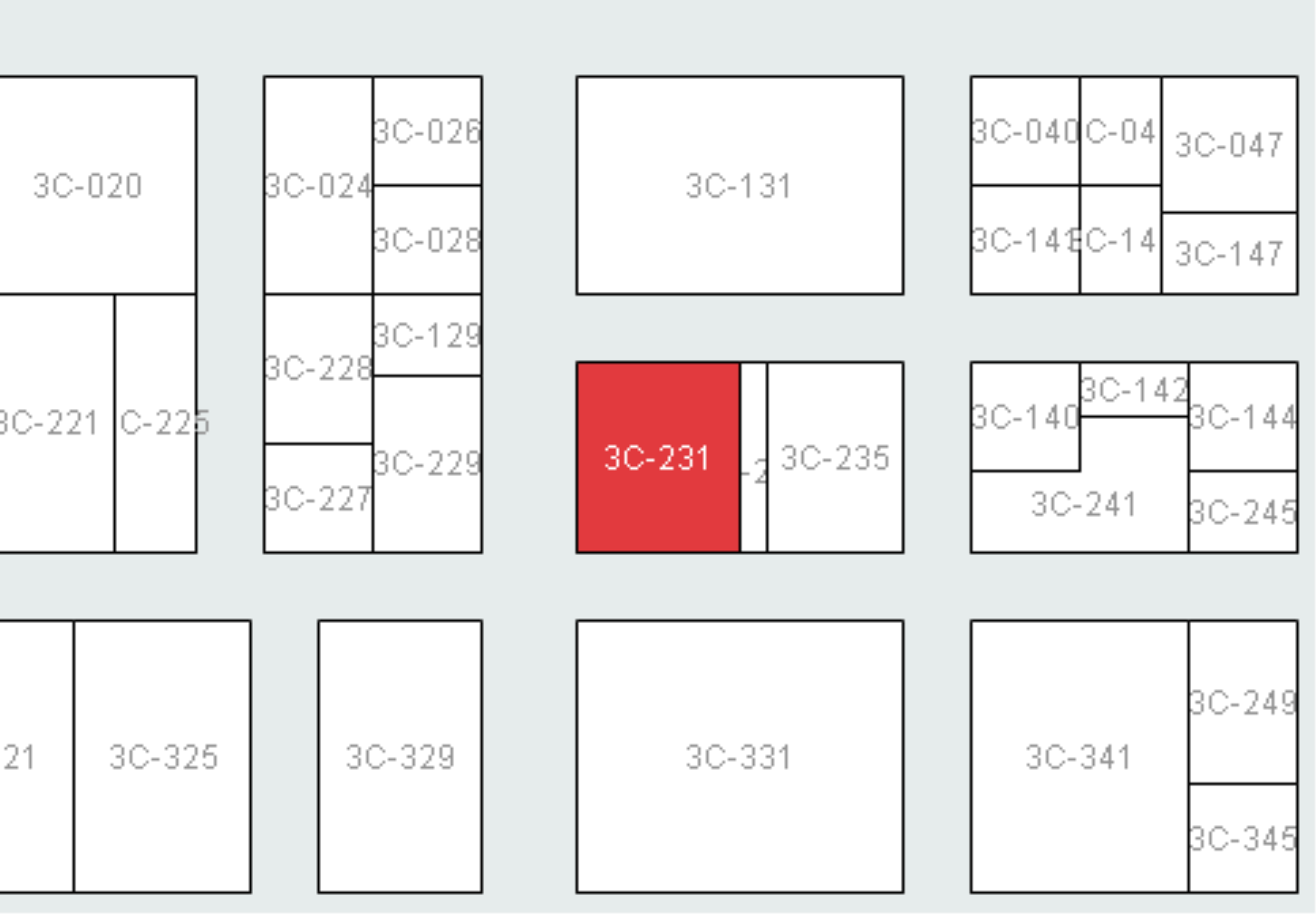 NAJJAR SAS FRANCE offers you products from these product groups: